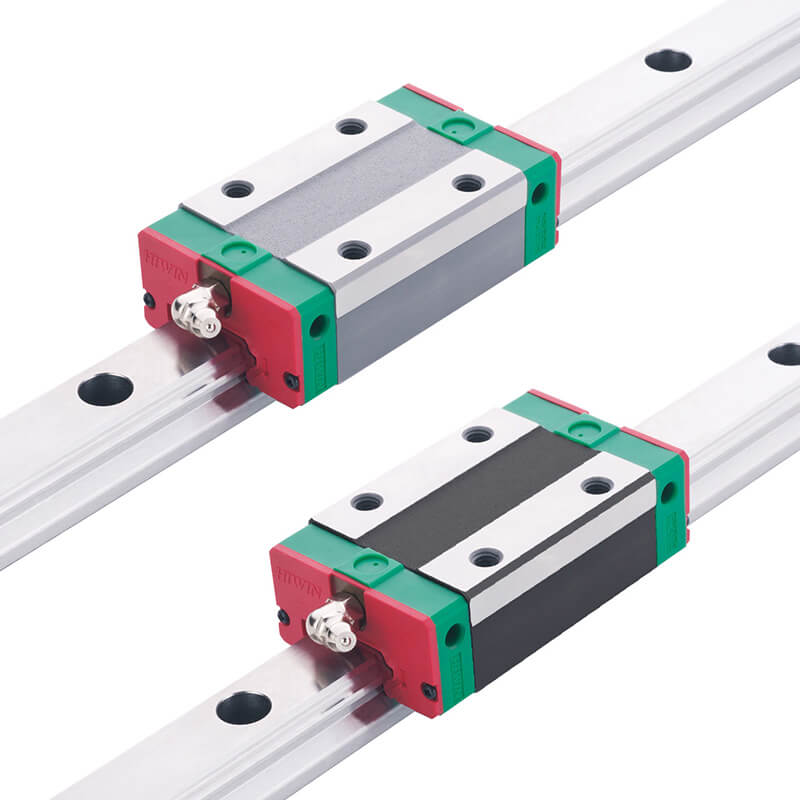 EG series linear guideway is possessed with high load capacity and high rigidity because of the four rows design.

FEATURES
It also features the same load in four directions and self-aligning capability to absorb installation-error which can achieve high accuracy.Besides, the lower assembly height and the shorter length make the EG series more suitable for the high-speed automatic machines and the applications where space limit is considered.

The main causes are as follows
The service life is inconsistent, the load is too heavy, the lubrication is poor, and the foreign body invades.

After the oil film is removed, the water, acid and alkali solutions will directly adhere to the exposed metal parts, which will reduce the lubricity and lead to rail corrosion, which will be the cause of early denudation.

With the invasion of water-soluble coolant, the lubrication and anti rust ability will decrease, resulting in the corrosion of linear slide rail. And then cause erosion.
The main causes are as follows
High humidity environment, water solution intrusion.

Because of the heat generated by friction, there will be discoloration, low hardness and poor lubrication of the rotating body, which will lead to most of the very small melting traces on the track, making the rolling surface uneven and eventually leading to denudation.
The main causes are as follows
Poor lubrication and overload

Excessive load leads to poor circulation of the rolling element, which leads to abnormal wear and stress concentration of the track, resulting in fracture.

The main causes are as follows
The external impact force is too large and the rolling element circulation is poor.

When the oil film disappears at the contact point of rolling body under micro inch motion, the relative sliding friction between metal and metal results in the generation of fine powder. The continuous friction of micro powder will cause the indentation between ball spacing and accelerated wear and micro powder. The indentation state will be affected by the roughness of rolling surface and the thickness of oil film.
The main causes are as follows
Micro inching, poor lubrication and overload