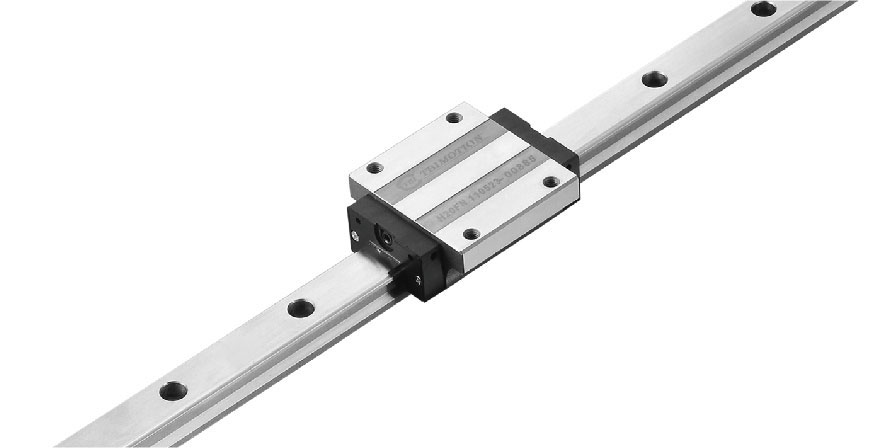 When determining a model that would suit your service conditions for a linear motion system, the load carrying capacity and service life of the model must be considered. To consider the load carrying capacity you should know the static safety factor of the model calculation based on the basic static load rating. Service life can be assessed by calculating the nominal life based on the basic dynamic load rating and checking to see if the obtained value meet your requirements.

The service life of a linear motion system refers to the total running distance that the linear motion system travels until flaking (the disintegration of a metal surface in scale-like pieces) occurs there to as a result of the rolling fatigue of the material caused by repeated stress on raceways and rolling elements.

■ 1-3-1 Basic Static Load Rating (Co)
If a linear motion system, whether at rest or in motion, receives an excessive load or a large impact, a localized permanent set develops between the raceway and rolling elements. If the magnitude of the permanent set exceeds a certain limit, it hinders the smoothness of the motion system.

■ 1-3-2 Basic Permissible Moment (MX, MY, MZ)
When a Linear Guide gets a force that makes the balls distorted to 1/10,000 of their diameter, we call the force as basic static permissible moment. Values of MX, MY, MZ are shown on Fig 1.3.1, which suggest 3 axis of moment on a Linear Guide slide.

A linear motion system may possibly receive an unpredictable external force due to vibration and impact while it is at rest or is moving or due to inertia resulting from start and stop. It is therefore necessary to consider the static safety factor against operating loads like these. The static safety factor (fs) indicates the ratio of a linear motion system load carrying capacity 【basic static load rating CO】 to the load exerted there on.

To calculate the applied load on Linear Guide, mean load and static safety factor must be obtained in advance. In the working environment with high intensity while start and stop, cantilever or cutting, a unexpected heavy load may occurs, therefore the maximum load must be acquired. Datum values of static safety factor are shown below;
Table 1.3.1 Static Safety Factor fs